If Marilyn Monroe would have been alive today, she is now in her 85th birthday celebration.

Almost half a century after her death, people are still talking about her.

No wonder, that she is considered as the most charismatic actresses of all time.

Reminiscently, the white halterneck dress she wore in ‘The Seven Year Itch’ movie, is for grabs at a Profiles in History auction where it’s expected to fetch US$ 2 million dollars.

“The Subway Dress” earned its name from a scene in the film where Marilyn stands above a New York City subway grate, causing her pleated full skirt to fly up and billow around her shoulders.

Although it no longer holds its bright-white color, the Travilla-designed halterneck features a hand-sewn, built-in bra and will be on display at the Paley Center in California. 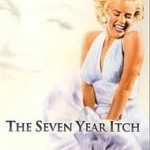