Actor Mel Gibson has not been offended that he was dropped a cameo role in a comedy sequel hit ‘The Hangover.’

Todd Phillips, the director of The Hangover had planned to cast Gibson as a tattoo artist but he reconsidered his decision after he did not have his cast and crew’s “full support”.

Despite what had happened Gibson has not said anything bad at all to Todd Phillips but all praises to The Hangover director.

Last month the Braveheart star pleaded no contest to a misdemeanor battery charge after a fight with his then-girlfriend Oksana Grigorieva in 2010.

Recordings of Gibson purportedly arguing with Ms Grigorieva were posted on the internet last year.

“The whole experience has been most unfortunate,” he continued, adding that he “could easily not act again” in future.

Gibson, 55, is set to return to the big screen in comedy drama The Beaver. Directed by Gibson’s one-time co-star Jodie Foster, The Beaver is to be screened out of competition at the Cannes Film Festival next month.

The film, about a troubled family man who communicates with people by using a beaver hand puppet, will be released in the UK on 17 June. 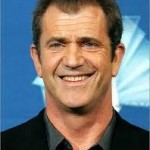