Prince Charles in a move to cut travel expenditures is using his personal friend’s private plane for an official visit to the US, his spokesman says.

It was US financier Joe Allbritton offered him the use of his aircraft. It is believed that it is the first time that Prince Charles has availed an aircraft from a private individual for an official visit.

The 62 year old prince of wales will meet President Barack Obama and address an agriculture conference during his visit from May 3 to 5.

The conference on sustainable agriculture will take place at Washington’s Georgetown University .

Prince Charles will not be accompanied by his wife, Camilla, the Duchess of Cornwall this time, where she used to accompany him in his previous trip.

Likewise, President Obama is due to make an official state visit to the UK at the end of May. 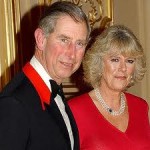