Gibson will pay US$ 750,000 dollars to his ex-girlfriend and continue to provide housing and financial support for their young daughter to resolve a legal fight between the former lovers, a judge announced recently.

The ‘Brave Heart’ star will keep paying for a multimillion house he purchased for Grigorieva and their daughter. The house will be sold when the girl turns 18 and she will receive the proceeds.

Judge Lichtman also ruled that Mel and Oksana, who split in June 2010, cannot speak or write about their turbulent relationship. As a result of the custody settlement, Grigorieva cannot pursue a civil case against Gibson.

Both sides were ordered not to speak or write about their relationship or allegations of domestic abuse.

Earlier this year, the actor agreed to plead no contest to simple battery relating to an argument he had with Oksana in January 2010, a lesser charge than corporal injury on a spouse which he was originally facing. 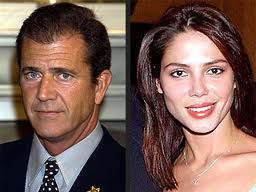