The Los Angeles court has ruled a no contest plea for Mel Gibson to a charge of battery of his former girlfriend Oksana Grigorieva in return for a sentence that excludes jail time.

The court ordered Gibson to undergo a one-year domestic violence counseling program, which he began in January, do community service with a children’s care group, and pay a US$ 400 fine in the plea bargain to end the dispute.

“I have a good grasp of everything my attorney has discussed with me,” Gibson, wearing an open-necked shirt and jacket for the afternoon court hearing, told the judge when asked if he understood his plea.

Gibson’s career has struggled when in 2006, he was arrested for drunk driving, which exploded into a major scandal because of anti-Semitic remarks he made to a highway patrol officer.

The case, sentenced him to three years probation and fined him US$ 300 dollars, after undergoing alcohol rehabilitation.

The actor won two Oscars for his acting and directing of the 1995 drama “Braveheart,” which was nominated for 10 Academy Awards and took home five — but he has struggled to revive his career following his legal woes. 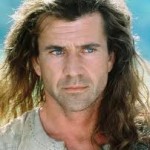