Actor Mel Gibson and former wife Robyn Moore were officially divorced as the court granted the latter’s wish to legally separate the former due to ‘irreconcilable differences’.

Under California state law Moore, 51, is entitled to half of Gibson’s assets as they didn’t sign a prenuptial agreement when they wed in 1980.

The couple split in 2006 when Gibson was a detained for driving under the influence in Malibu.

Moore filed the divorce in April 2009, after Gibson had publicly stepped out with a pregnant Oksana Grigorieva, 41.

Moore has gone back to her maiden name as she expects to be awarded half of Gibson’s assets estimated between US$ 850 -900 million dollars.

While Gibson has seven children with Moore, he recently settled a custody battle with his former girlfriend, Grigorieva agreeing to pay her US$ 750,000 and share custody of their child.

The ‘Brave Heart’ star pleaded no contest to misdemeanor battery charge following a dispute with Grigorieva.

However, Gibson was sentenced to three years’ probation and was given a glowing review earlier this month by the judge for attending counseling and doing double the community service required of him.

The ‘Passion of Christ’ film maker has been working with Mending Kids International, and he previously said working with the organization had helped him realize what the important things in life really are. 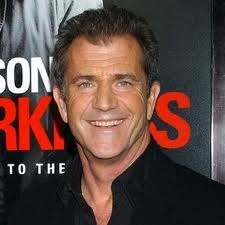