Many people shunned marital bond for fear of divorce fallout.

Their fears of emotional, financial, social and legal reprisals of divorce, according to a study.

Committed couples aren’t marrying because they fear divorce, though many other reasons for and against marriage abound in young adults from different social classes.

In the study, researchers from Cornell and the University of Central Oklahoma performed in-depth interviews with 122 people who lived with their partner in or around Columbus, Ohio, between July 2004 and June 2006.

The respondents were organized into two groups: middle-class or working-class, based on their education and annual income.

They were asked open-ended questions on several topics as a part of a larger study, and about their thoughts and plans for marriage.

Researchers found that lower-income women, were concerned about being trapped in marriage and having no way out if things went wrong. They also tended to view marriage as ‘just a piece of paper.’

Working-class women had strong doubts about marriage and fear that it might be hard to exit if things went awry.

They also had fears of extra responsibilities and the costs of exiting the relationship make them more fearful of marriage.

The middle-class women viewed living together as a natural stepping stone to tying the knot. But the social, legal, emotional and economic consequences of divorce were a big worry for the 67 percent of respondents.

A study from the Pew Research Center indicates that over half of adult Americans are currently married, the lowest rate in decades.

The findings could help premarital counselors devise lessons that ease fears of divorce and address the specific concerns of various socioeconomic classes, the researchers said.

The study was published in the December issue of the journal Family Relations. 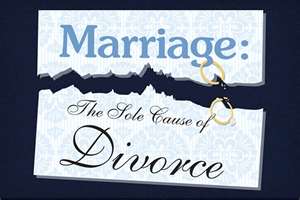