US actress Meryl Streep has put in a fine performance as former British Prime Minister Margaret Thatcher in The Iron Lady, according to early reviews.

Meryl Streep unveiled a poster for the film opposite the Houses of Parliament in London.

“The Iron Lady,” which hits cinemas on January 6, depicts an aging Thatcher looking back on the highs and lows of her career and the personal price she paid for power.

The film follows Baroness Thatcher from her early years breaking through class and gender barriers to become prime minister until her political downfall in 1990.

The movie is likely to be a major media talking point over the coming weeks in Britain, where former conservative leader Thatcher is still a divisive figure both revered and reviled by the public.

The depiction of Lady Thatcher as a stooped old lady in a headscarf contrasts with her appearance during her most recent public outing.

Dressed in a trademark blue suit, she beamed for the cameras as she celebrated her 86th birthday last month with her son, Mark.

The choice of an American for the role of Lady Thatcher raised eyebrows but Streep is renowned for her ability to capture accents and mannerisms.

Streep, a two-time Oscar winner and one of Hollywood’s most respected actresses, said that playing Thatcher was the biggest role of her career. 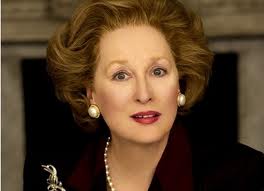 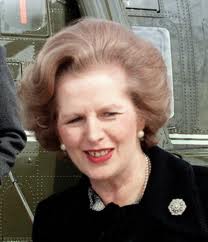