Japan’s gross domestic product grew by 1.5 percent in the three months to the end of September, as the economy rebounded in the third quarter.

This is the first time the economy has rebounded since a deadly earthquake in March.
Japan’s economy was dragged into a recession after the earthquake, which caused severe damage to the northeast of the country. It also damaged factories and disrupted supply chains.

The latest figures show that exports are improving, helping economic growth pick up. Net exports accounted for just over a third of the growth in the third quarter, according to the Cabinet Office data.

However, analysts said there were a number of threats to Japan’s fragile recovery.
External demand isn’t likely to contribute much to Japan’s growth in the future due to Europe’s problems”

“The return to growth in the third quarter reflects the recovery in supply chains, which lifted factory output and consumption,” said Yasuo Yamamoto from Mizuho Research Institute.

Problems include the strength of the yen, slowing global growth and the impact of the floods in Thailand on the supply chain of Japanese exporters.

“Growth in the fourth quarter is likely to slow partly due to the flooding in Thailand,” said Mr Yamamoto. “External demand isn’t likely to contribute much to Japan’s growth in the future due to Europe’s problems.” 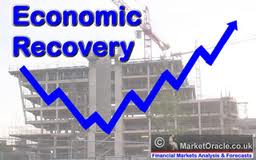