Microblogging is booming in China, where users can circumvent state media and speak their mind. Some fear the government may try to use social networking sites to monitor public opinion.

In the two years since microblog services became widely available in China, they have attracted more than 220 million registered users. Even the Communist Party organ People’s Daily has a weibo, China’s Twitter like social networking site.

With 457 million users, Chinese social networking companies are booming. One of them, Renren, is called China’s Facebook, but it is not the leader of this country’s hottest Internet craze.

That is Sina.com, the 13 year old online portal that has reinvented itself with Sina Weibo (‘weibo’ is the Chinese word for ‘microblog’), with 140 million registered users.

Now, other Chinese Internet companies are scrambling to develop and promote their own microblog services, and advertisers are hurrying to get onboard.

What is striking is that microblog services are booming despite a crackdown on social networking sites in the wake of democracy demonstrations in North Africa and the Middle East.

The restrictions seem to be aimed at preventing microblogs from fostering dissent or organizing antigovernment protests. But the very nature of weibo posts, which spread faster than censors can react, makes weibos beyond easy control.

Young internet users in China seem unfazed by the restrictions, in part because microblog services are a compelling alternative to this country’s more heavily censored state run media and, perhaps more important, because microblogs are a powerful tool for self expression.

After a train wreck in coastal Zhejiang Province where 40 people killed and nearly 200 injured, Weibo and Renren posted an astounding 26 million messages on the tragedy, including some that have forced embarrassed officials to reverse themselves.

One cry for help from the crash scene, “Children are crying all over the train car! Not a single attendant here!”, was reposted 100,000 times.

The messages were a potent amalgam of contempt for railway authorities, suspicion of government explanations and determined journalism by citizens and professionals alike.

The swift and comprehensive blogs on the train accident are a humbling example for the Communist Party news outlet and state television, whose blinkered coverage of rescued babies only belatedly gave way to careful reports on the public’s discontent.

The response of the train wreck may signal the arrival of weibos as a social force to be reckoned with, even in the face of government efforts to rein in the internet’s influence.

Some experts say that the government may try to turn microblogs to its benefit, monitoring comments and traffic to take the pulse of the nation, and perhaps even anticipate and respond to social discontent.

However, analysts warn that the growth of Chinese microblogs could be curtailed if the government decided they have become too powerful a force in public opinion. But for the time being, microblog services are complying with censors and winning over new users. 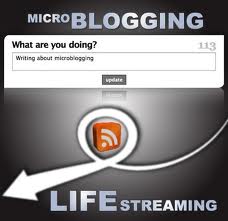 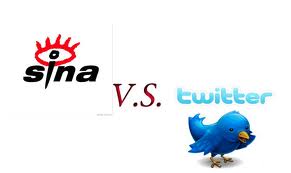