China’s Ministry of Culture has listed 100 songs, including Lady Gaga’s “Judas” and Katy Perry’s “Last Friday Night” that had to be purged from the Chinese web because they had never been submitted for mandatory government screening.

It didn’t say that the listed songs were objectionable, just that they had not been approved for distribution.

Six Lady Gaga songs in all were on the list, all from her latest album. The 12-year-old ballad “I Want It That Way” by the Backstreet Boys was also targeted.

Dozens of Hong Kong and Taiwanese pop songs and a few Western hits were listed as well.

Sites who hosted the music download were told that they had until Sept. 15 to carry out “self-correction” and delete the songs. It said violators would be punished, but didn’t outline the penalties they would face

The ministry said the rule was meant to preserve China’s “national cultural security.” 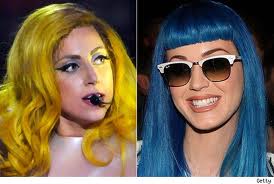