Mikhail Gorbachev, the last Soviet Premier has been critical to the result of Russia’s election that took place on December 4, due to alleged fraud and vote rigging.

“The results do not reflect the will of the people,” Mr. Gorbachev said at the time. “Therefore I think they (Russia’s leaders) can only take one decision, annul the results of the election and hold new ones.”

The 80 year old Soviet leader called on Prime Minister Vladimir Putin to heed protester demands and not to seek a third term as president next year.

“I would advise Vladimir Putin to leave now. He has had three terms: two as president and one as prime minister. Three terms, that is enough,” as he told the Moscow Echo radio.

The former president was considering attending the march in central Moscow today, to which thousands ventured. He was, however, unable to appear but passed his greetings to the protestors.

The protesters shouted “Russia without Putin” and “New elections, New elections” as one speaker after another called for an end to Putin’s 12-year domination of the country at the second big opposition rally in two weeks in central Moscow.

In an unexpected boost to the protestors, an advisory Kremlin rights panel said overnight that the new parliament had been discredited by the accusations of fraud and that fresh elections should be called.

Many of the protesters wore white ribbons, the symbol of the protests, and others carried balloons and flags at the rally, which brought together various affiliation of liberals, nationalists, anarchists, environmentalists and urban youth on a bitterly cold day. 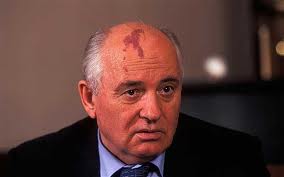