There are about 154 million Americans pose a threat to their health due to air pollution, according to American Lung Association (ALA).

California is listed in the report as the most polluted state, where people are breathing some of the worst air.

The air is so polluted in some areas that it is often dangerous to breathe, the ALA said in its annual report on air quality across the United States.

About 17 million Americans live in areas afflicted by all three air pollution hazards, the report noted.

Research suggests air pollution threatens human health. Small particles of pollution can lodge deep in the lungs and can damage blood vessels and the heart, according to Dr. Norman Edelman, the ALA’s chief medical officer. 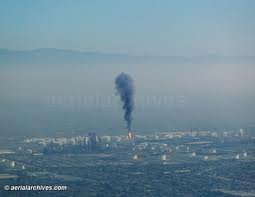