Rowan Atkinson, known as Mr. Bean, is a friend of Prince Charles as he points out that his love of making fun of the British royal family is ‘born out of love and respect’ and the intent is not of ‘discrediting’ them.

The ‘Johnny English Reborn’ actor said that, “In ‘Mr. Bean’ there was a ‘thing’ at the time about nutting the Queen Mother. We’ve inflicted violence on members of the royal family on a regular basis so it seems silly to stop now.

“But it’s undoubtedly born out of love and respect and wanting them to carry on.
“The last thing I would wish is for it to discredit the British establishment or the monarchy because I need it there; as a source of inspiration, and as a source of comedy.”

Atkinson, 56, which he plays a flawed secret agent in the movie ‘Johnny English Reborn’ has admitted that he is a little bit worried about a scene, that sees his alter-ego knock the queen to the ground after mistaking her for an assassin.

He admitted: “Yes, I’m slightly concerned about that scene. It was a last-minute addition because we didn’t have an ending and we thought that this was as good an idea as any but, you know, I’ve been making jokes about the queen for 30 years.”

The ‘Mr. Bean’ star was among the guests who attended the royal wedding between Prince William and Duchess Catherine at Westminster Abbey last April, this year. 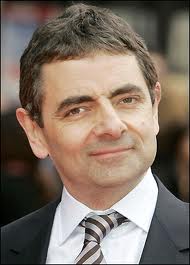