King Abdullah of Saudi Arabia has announced that starting next year Saudi women can exercise their suffrage and run for public office at the municipal level.

In addition to the announcement, Saudi women have also the right to be appointed to the consultative Shura Council.

The king’s announcement is a welcome development to activists who have long called for greater rights for women in the ultra-conservative kingdom.

King Abdullah made the move in a speech during the Shura Council opening where he emphasized the role of women in society that comply with Islamic law (sharia), the collective decision was made after deliberation with senior clerics (ulama) and other sectors, giving membership rights to women and get involve in the Shura Council from next term.

With women now allowed to be members in the Shura council, sensitive women issues like allowing women to drive and others can now be fully addressed and deliberated for resolution by allowing women sentiments to be heard in the council.

The political reforms initiated by the king is a departure to the known Kingdom old cultural tradition of machismo. It is a move to the right direction in giving women representation and equal opportunity to get involve themselves in politics and social development of the country. 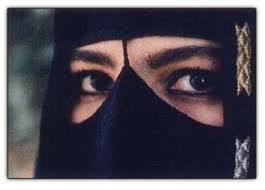