Rafael Nadal could not hide his displeasure at his fellow nemesis Roger Federer, leaving them to question to the tennis authorities about the the strains of life on tour.

So far, Nadal and Andy Murray have been the consistent critics of the tour schedule that has become too much demanding and stressful to the leading top tennis players.

According to Nadal, there was a time that Federer has spoken out, that a lot of issues to be sorted out with the Grand Slams and the International Tennis Federation (ITF).

Nadal, however, contends that Federer has not done enough to use his influence on the tennis authorities especially that he has been look upon into by his fellow tennis players, as Federer being the most successful player in tennis history that he was.

Nadal believes Federer could have used his influence to help more. Speaking ahead the Australian Open in Melbourne, Nadal told a press conference with Spanish journalists: ‘I disagree with him.’

‘I say a lot of good things about tennis, because thanks to this sport I have had experiences in my life I could never have dreamed of, but to finish your career with pain in all areas of your body is not positive,’ said Nadal. 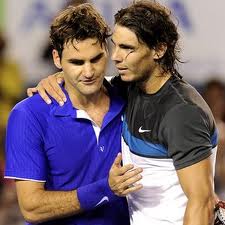