People who are physically active in their lifetime are less susceptible to obesity and diabetes, a new study suggests.

A hormone is produced in the system in response to the physical activity induced by the body and in the process burned the caloric intake from the food people eat.

Researchers at the Dana-Farber Cancer Institute and Harvard Medical School, provide remarkable insights into how physical activity affects the body at a cellular level.

Scientists closely examined the operations of a substance called PGC1-alpha, which is produced in abundance in muscles during and after physical activity or exercise.

Scientists had also found that mice bred to produce preternaturally large amounts of PGC1a in their muscles are typically resistant to age-related obesity and diabetes, much as people who regularly do their physical activity or exercise.

The researchers used advanced algorithms to determine that increases in PCG1a in muscles caused a subsequent bump in the expression of a protein known as Fndc5.

Harvard researchers realized that one thing the protein did was break apart into different pieces, one of which was a hormone that had never before been identified.

Unlike most substances present in the muscles, hormone does not completely remain there, the scientists noted. It obviously enters the bloodstream and surfs to fat cells, where, by providing various biochemical signals or messages, it begins turning regular fat, especially deep, visceral fat clustered around organs, into brown fat.

The finding that hormone might contribute to the browning of visceral body fat is “an extraordinary discovery,” says Sven Enerback, a professor of metabolic research at the University of Gothenburg in Sweden, who has written extensively about the biology of fat and obesity.

In essence, hormone appears to be one of the more important missing links in our understanding of how physical activity or exercise improves health. 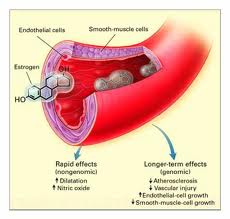