“Move over, Naomi, there’s a new diva in town,” the advertisement reads. “I’m the world’s most pampered bar.”

This text ad instantly drew the ire from Campbell and threatened the chocolate company with a lawsuit.

“It’s upsetting to be described as chocolate, not just for me, but for all black women and black people. I do not find any humor in this. It is insulting and hurtful,” Campbell said.

While Campbell consider every option available to fight the chocolate company over the ad, civil rights activists planned a boycott of the brand.

Valerie Morris, mother of Campbell could not hide her displeasure when she reacted, “I’m deeply upset….Do these people think they can insult black people and we just take it? This is the 21st century, not the 1950’s. Shame on Cadbury.”

Cadbury has since then junk the ad to avoid the lawsuit and already sent an apology to Naomi Campbell and her family. 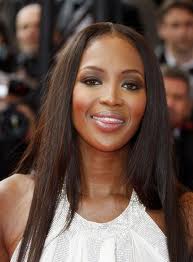