It was the first public appearance of the newly weds since their return from Seychelles.

The two make a fashionable public appearance with Kate sporting a cream-colored jacket-miniskirt with taupe pumps.

Her sleek updo hairstyle was topped by a perfectly placed headgear.

On the other hand, William and his younger brother, Prince Harry, buttoned up in traditional top hat and tails.

The couple attended Epsom Derby in support of Queen Elizabeth’s horse, Carlton House which was an early favorite to win but only came third place in the race.

The Queen was seen at the derby dressed in bright pink. 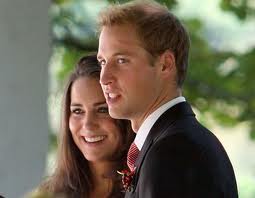