Neil Diamond will be honored with the Icon Award at the upcoming 2011 Billboard Music Awards.

The event is set to take place at the MGM Grand in Las Vegas, Nevada on May 22 and will also honor today’s biggest pop stars.

According to Billboard, Diamond’s award represents “the cultural impact of an artist whose extraordinary talent as a creator, writer and entertainer has stood the test of time.”

Along with Diamond, R&B mega-star Beyoncé will also be honored at the event with the Billboard Millennium Award for outstanding achievement in the music industry.

Diamond released his most recent album, Dreams, in November 2010. The album includes classic cover tracks including “Let It Be Me” by the Everly Brothers, “Blackbird” and “Yesterday” by the Beatles, and Leon Russell’s “A Song for You.” 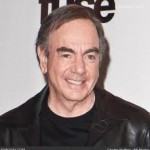