Neurofeedback, a brain training technique which helps people control activity in a specific part of the brain could help treat depression, a study suggests.

The study asked participants to think of positive images and showed them how their brains responded.

After four sessions of the therapy the participants had seen significant improvements in their depression.

Another eight who were asked to think positively but did not see brain images as they did so showed no change.

Professor David Linden, who led the study which was published in the PLoS One journal, said it had the potential to become part of the ‘treatment package’ for depression.

Researchers said they believed the MRI scans allowed participants to work out, through trial and error, which sort of positive emotional imagery was most effective.

About a fifth of people will develop depression at some point in their lives and a third of those will not respond to standard treatments.

“One of the interesting aspects of this technique is that it gives patients the experience of controlling aspects of their own brain activity,” according to Pof. Linden.

Chris Ames, from the mental health charity Mind, said, “Further research should give a better idea of how beneficial this technique could be as a treatment for depression.”

The team acknowledge that further research, involving a larger number of people, is needed to ascertain how effective the therapy is, particularly in the long term. 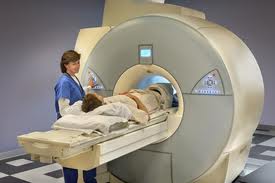