Xul is also in what was the heartland for the ancient Mayan, whom some new savants credit with predicting a day of reckoning date: the winter solstice of 2012.

Scholars agree, though, that the Mayan believed nothing of the sort. The date is the final one in their so called Long Count calendar, the end of a historical cycle of 5,125 years.

In Mayan, the name of this village, Xul, means ‘the end.’ A long time ago, it was just the end of the road. Those who tell tall tales say the strangers who settled here four years ago came to await the end of the world.

This place is just kilometers from where the world nearly ended last time, when the Chicxulub asteroid fell 65 million years ago, a disaster that scientists theorize was the cause of the extinction of the dinosaurs.

Only this much is known that the pioneers are Italian, they raise cattle, produce cheese and tend fruit trees on a hundred hectare ranch.

Why the newcomers came here and what they believe has fed apocalyptic speculation across this patch of the Yucatan peninsula.

“We know all the gossip here, but about this we know nothing,” said the Reverend Yvan Gonzales, a Roman Catholic priest. “It is a secret group. People say they are here because the world will end.”

The Italians went about their business quietly at first. They hired the local villagers to clear the land, plant orange trees and start construction.

Then, last year, a newspaper in Merida decided it had a scoop. Front page articles declared that the Italians had come to Xul to guard against the end of the world in 2012.

The reporters interviewed workers who claimed that the houses were linked by underground tunnels and protected by walls intended to withstand natural disasters.

After last year’s attention the Italians locked their gates and plastered them with ‘private property’ signs, declaring the area as an ecological reserve.

One of the Italians refuse to talk as he drove out of the gate in June. Later he began to answer questions in fluent Spanish, giving his name as Juan Fearless.

The group came to Xul, he said because the land was cheap. The community is a retreat, he said made up mostly of retired people.

No, Juan said, he did not expect the world to end in 2012.”But scientists expect some kind of shift in the Earth’s magnetic field next year,” he added. 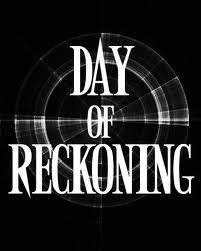