Transplant recipients have to take anti rejection drugs to stop their bodies from rejecting received donor organs even if they are closely match.

The breakthrough treatment, targets radiation on a patient’s lymph nodes to weaken their immune system. The patient is then injected with stem cells drawn from the donor’s blood.

When their immune system recovers it appears to be far more ‘friendly’ to the new organ.

The method has so far been tested on 12 patients suffering from kidney failure who had matching donor organs from close relatives.

Lead scientist Dr Samuel Strober said: ‘Nobody has had any evidence of rejection, and the patients have been observed for at least a year and as long as three-and-a-half years and things have remained quiet.’

Left to itself, the patient’s immune system would relentlessly attack a new organ unless it came from an identical twin.

To stave off this attack, all transplant recipients are routinely placed on a regimen of immune-suppressing drugs.

Dr Samuel Strober has Invented the new technique that could do away with anti-rejection drugs.

Under the system, the kidney recipient receives radiation treatment and injections of antibodies while still in the hospital a few days after surgery, and additional radiation doses over the next several days on an outpatient basis.

About 10 days after surgery, the recipient gets an injection of cells taken from the organ donor. All patients initially are put on two of the same immune-suppressing drugs (plus antivirals and antibiotics) that transplantation patients would normally get.

After a month, one of the drugs is withdrawn; and the Stanford University team monitors the patients, including the mixing of donor and recipient immune cells.

If that mixing seems in balance six months after surgery, the recipient’s second immuno-suppressant drug dose is discontinued.

If the mixing hasn’t been achieved, the patient remains on the drugs until it is. 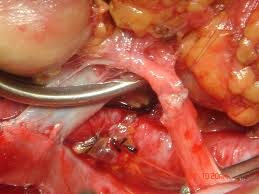