This is a bit an improvement to his opening performance of a 73 over par in the first round.

Woods solves his putting woes, gets four birdies in his first nine holes and, at one under par through two rounds, is assured of making the cut at Frys.com Open. But he’s still seven shots off lead.

After a miserable performance at the PGA Championship in August, and some time off to get healthy, he faced missing two cuts in a row for the first time in his professional career.

“I don’t like missing cuts,” Woods said. “Period.” “If you miss the cut, that means you can’t win the tournament over the weekend,” he said. “I’ve got a shot at it this weekend.”

Getting that pesky cut line out of the way was a step in the right direction.

Later, Woods talked about the ‘progression’ of resurrecting his career. It started with those practice rounds and now shifts to performing under pressure. 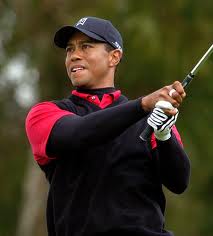