Djokovic, the defending champion, improved to 16-1 against Spanish opponents since the start of 2011.

The top seed broke Almagro twice in the first set and in the ninth game of the second to win in an hour and 22 minutes.

The Serb who won the tournament in 2008 and 2011, said: “It was always going to be a tough match. Almagro is an established top-10 player.

“What made me very happy and satisfied with my game today was my serving,” he added.
Djokovic was especially pleased with his serving after firing five aces on the hard court surface at the Indian Wells Tennis Garden and winning 73 per cent of his second serve points.

Djokovic will meet either American John Isner or Gilles Simon of France, scheduled to play later on Thursday. 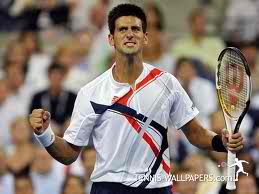