It marked the first time Djokovic was seeded number one for the year’s final grand slam.

The tournament followed the ATP rankings for the men’s singles seedings Wednesday.
Djokovic has never won the U.S. Open but has been in great form this year, losing just two matches all season and winning the Australian Open and Wimbledon.

He’s seeking his first championship at Flushing Meadows, where he was runner-up to Nadal in 2010 and to Federer in 2007.

Andy Murray is seeded No. 4, while Mardy Fish is No. 8, the first time he’ll be the highest-seeded American at the U.S. Open

There were two other former champions among the 32 seeds. Argentina’s Juan Martin Del Potro, the 2009 winner, was listed 18th while American Andy Roddick, the 2003 victor, was seeded 21st. 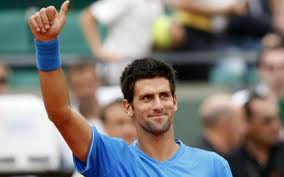