Spanish Duchess of Alba is one of Spain’s richest nobles is to marry at age 85, wedding her 60-year-old boyfriend despite having only grudging acceptance from her children.

The Duchess of Alba announced Tuesday saying she will be getting married to her groom, Alfonso Diez, 60, in early October. However, the Duchess’s children have been known to oppose the marriage.

In July, she obviously appeased her children by dividing up much of her vast wealth among them, which they will inherit upon her death.

The Duchess’s children are reported satisfied with the allocations of her estate, and since then speculation is rife that the couple’s marriage will be pushed through, now that the obstacles along their way have been cleared.

The wedding ceremony will be attended by people mostly within the family including her six children in her previous two marriages.The Duchess is a distant relative of Queen Elizabeth and Winston Churchill. 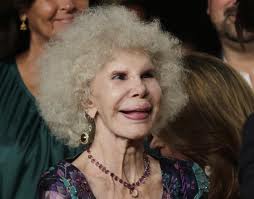