Novak Djokovic said he may have to skip his next tournaments in China next month, the Shanghai Masters and China Open in Beijing.

The world no. 1, skipped Friday’s opening singles of the Davis Cup because of lingering back problems following his victory over Rafael Nadal in the U.S. Open final.

During the Davis Cup semi-finals, Djokovic played against Juan Martin del Potro of Argentina. But the top-ranked Serb retired during the second set because of back injury, sending Argentina to the Davis Cup final against Spain.

The Serb says the back muscle injury that forced him to quit his Davis Cup match is not serious but requires rest.

“Not as serious as we have thought,” Djokovic said Monday. “It’s a partial rupture of a back muscle that deserves rest.”

The top seed added that he would have to recuperate between three and six weeks which would see him cancel the China open and the Shanghai masters which are both played in early October. 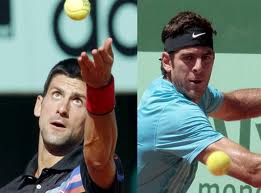