Fired “Two and a Half Men” actor Charlie Sheen and Warner Brothers that terminates him are closer in striking a deal to settle their legal dispute.

The actor’s US$100 million lawsuit against the studio arised over his unlawful termination by the producer of the comedy show, “Two and a Half Men.”

Sheen filed the case against Warner Bros in Los Angeles Superior Court last March, 2011 and the case has been in arbitration with a status report set for December.

The actor was fired after several trips to drug rehab and for publicly insulting creator Chuck Lorre and makers Warner Bros. Television.

In the recent turn of events, Sheen seems to be apologetic towards the producers of his old television show.

During his appearance at recent Emmy Awards where he was a presenter, he addressed the cast and creators of the revamped comedy show, saying, “From the bottom of my heart, I wish you nothing but the best for this upcoming season.”

“We spent eight wonderful years together, and I know you will continue to make great television,” he further added.

The reports of a settlement came hours before the premiere on Monday of “Two and a Half Men” returned to the air Monday with Ashton Kutcher joining the cast as a new character.

Kutcher plays an Internet billionaire who decides to buy the house that had been owned by Charlie Harper, Sheen’s now-deceased character in the new episode. 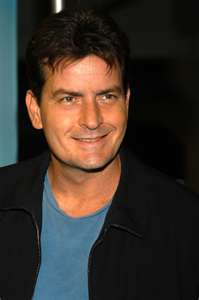