In spite of the United Emirates straddling on big oil deposits, the region would be running out of energy sources to support its lavish lifestyle and subsequently sustain its enormous progress.

The emirates is outsourcing nuclear energy that would replace their dependence entirely on hydrocarbon fuels to meet their surging energy demands.

Their plan is to reduce their reliance on fossil fuels that made them among the world’s leading contributor of carbon dioxide gases that instigate climate change and global warming.

Dubai’s biggest challenge is water, which is undrinkable without desalination plants. Being dependent entirely on fossil fuels, these produce emissions of carbon dioxide that would gave Dubai and the rest of the United Arab Emirates as one of the world’s leading contributor of carbon dioxide gases into the atmosphere .

Development efforts have magnified the challenges to environmental protection according to Majid Al Mansouri, the secretary general of the environment agency of Abu Dhabi.

The emirates desalinate the equivalent of four billion bottles of water a day. The gulf’s salinity levels have risen sufficient to threaten local fauna and marine life, according to Christophe Tourenq, a senior researcher at the World Wide Fund for Nature in Dubai.

The waste water and sewage treatment operations have struggled to keep up with the rapid development. Dubai’s single wastewater treatment plant dealt with 480,000 cubic meters of sewage daily, nearly twice the 260,000 cubic meter capacity that it could properly handle, according to Mohammed Abdulaziz Najeem, the plant’s director.

The basics of waste treatment and providing fresh drinking water, in addition to major industrial projects like aluminum smelting and steel production, require so much electrical power requirements that the region is considering nuclear energy to sustain their power energy needs.

Nuclear energy as its source have raised so many questions on safety about the technology’s vulnerability to accidents, terrorist attacks and the handling of nuclear wastes.

For now sustainability for energy and environmental protection is now a big theme in the region outweighing probably the risks that the nuclear energy could bring.

So the emirates signed an accord with Washington allowing them to build nuclear plants that do not enrich or reprocess uranium. In addition to United Arab Emirates countries in the region such as Saudi Arabia, Kuwait, Qatar, Bahrain and Egypt are also studying nuclear power.

According to Mohamed Raouf, the environmental director at the Gulf Research Center in Dubai, based on sustainability perspective, nuclear power makes little sense “It’s not renewable, there’s a big problem with waste, and uranium supplies are projected to run out in 40 to 50 years,” he said.

As they switch to an alternative clean energy source with four South Korean-built nuclear reactors, UAR expected to begin operating their nuclear energy facility by 2020. 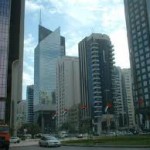 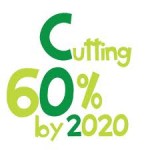