In contrast, the Green Revolution in the 80s was driven by the rising productivity of cereals in developing countries. A Livestock Revolution is going on, albeit a demand-driven movement.

Like the Green Revolution, The Livestock Revolution comes from the participation of developing countries in large scale transformations that had previously occurred mostly in the temperate zones of developed countries.

Similar to Green Revolution the term Livestock Revolution is a convenient expression that summarizes a complex series of interrelated processes and outcomes in production, consumption and economic growth.

Increased consumption of meat and milk products in developing countries will have wide ranging global effects that are at least as profound as those engendered by the Green Revolution a generation ago, according to Christopher Delgado of the International Food Policy Research Institute (IFPRI) .

In the report “Livestock to 2020: The Next Food Revolution,” IFPRI, the Food and Agriculture Organization (FAO) International Livestock Research Institute (ILRI) asserts that a “Livestock Revolution” is now taking place.

According to the report, the impact of livestock production on global agriculture will significantly affect health, livelihoods and environment. The bottom line is that, as incomes rise and migration to cities increases people the world over consume more meat and milk products.

However, even if per capita consumption were to remain steady, the increases in population alone would mean a large surge in demand for meat products. 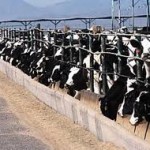 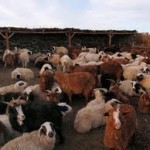