It was reported through a reliable source that the boxer has to be treated for his drinking and cocaine habits.

“After doing an honest evaluation of myself, I recognize that there are certain issues that I need to work on. Like everyone, I have my flaws, and I do not want to be one of those people that is afraid to admit and address those flaws.” De La Hoya said in a statement.

“I am confident that with the support of my family and friends, I will become a stronger, healthier person.” the boxer added.

He also posted on his twitter account, “Stop finding excuses not to live. Life is controlled by what you make of it and not of what it makes of you.”

The boxer retired unconditionally after his defeat with Manny Pacquiao in 2008. Pacquiao on the other hand, was saddened upon learning that his boxing idol went for rehab due to substance abuse. 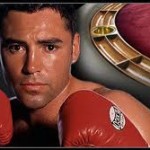