Depletion of the ozone layer, the shield that protects life on Earth from harmful levels of ultraviolet rays, has reached an unprecedented level over the Arctic this spring because of the continuing presence of ozone depleting substances in the atmosphere and a very cold winter in the stratosphere,according to the World Meteorological Organisation (WMO).

Depletion of the ozone layer over the Arctic has reached record levels, and Nordic countries will have to watch for higher than normal ultraviolet radiation in coming weeks, the UN weather agency said.

The Arctic ozone layer suffered a loss of about 40 percent from the beginning of winter to late March, up from the previous record of about 30 percent over the entire winter.

With the ozone deficient region shifting away in late March from the pole to cover Greenland and Scandinavia, these Nordic regions would have to watch for higher than normal ultraviolet radiation in coming weeks.

Stratospheric ozone provides a natural protective filter against harmful ultra-violet rays from the sun, which can cause sunburn, cataracts and skin cancer and damage vegetation.

Its depletion is caused by extreme cold temperatures at high altitude and a particular type of pollution, from chemicals often used in refrigeration, some plastic foams, or aerosol sprays, which have accumulated in the atmosphere.

Most of the chemicals, chloroflurocarbons (CFCs), are being phased out under the 1987 Montreal Protocol, but they linger in the atmosphere for many years. 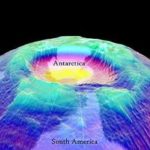 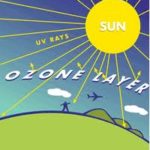