People who were emotionally neglected in their childhood are more likely to suffer a variety of illness later in life, according to a new study.

Physical abuse and extreme neglect by their parents provide a very high degree of stress in children.

Most parents unknowingly don’t pay so much attention which events lead to chronic stress to their children and permanent consequences that could manifest later in their lives.

This elevated response begins quite early. Infants regularly exposed to stress already demonstrate higher cortisol releases and more sustained elevations of cortisol in response to stressful situations such as:

**** Allowing an infant to ‘cry it out’ without manifesting any parental attention and affection towards the child.

**** Not feeding the infant when hungry and not offering comfort when disturbed or distressed.

**** Limiting parental body contact during feeding, throughout the day, and during stressful parts of the night.

When these things occur regularly, they can lead to early chronic releases of high levels of stress hormones known as cortisol.

While cortisol is important in proper body functioning, too much cortisol in your system indicates stress that can elevate the blood pressure, heart rate, increase blood sugar, and interrupt digestive and kidney functions.

Children with the lowest scores on mental and motor ability tests have been shown to be the ones with the highest cortisol levels in their blood.

Premature development of puberty has also been associated with significantly higher levels of cortisol and also increases one’s risk of developing cancer.

In individuals who suffer from anxiety disorders, anorexia nervosa, and depression, excess production of cortisol is a very consistent finding.

Dr. Robert Wilson, of Rush University Medical Center in Chicago, said: ‘Studies have shown that children who were neglected emotionally in childhood are at an increased risk of a slew of psychiatric disorders.’

However, the study found that the risk of stroke was nearly three times higher in those who reported a moderately high level of childhood emotional neglect and the results stayed the same after considering factors such as diabetes, physical activity, smoking, anxiety and heart problems.

Dr. Kevin Barrett, a member of the American Academy of Neurology who wrote an editorial on the research, said: “The results add to a growing body of evidence suggesting that traumatic childhood experiences and physical illness in adulthood may be linked.” 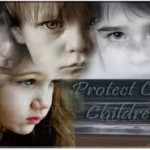