Viaspan is a sterile, cold solution used to preserve donor organ for transplant.

It is the most widely used solution for storing and transporting abdominal organs, according to Professor Roger Williams, the liver specialist, and director of the Institute of Hepatology.

The solution is primarily used in liver, pancreas and bowel transplants and around 1,100 patients have such operations in Britain each year.

Vaspian manufacturer Bristol-Myers Squibb (BMS) said it had found ‘potential contamination on the production line’ of the Austrian facility where it is made.
A spokesman described the recall as ‘precautionary’.

According to the Department of Health, the solution could have been contaminated with Bacillus cereus bacterium that causes food poisoning, its symptoms include diarrhea, nausea, vomiting and stomach cramps.

Hundreds of transplant patients could be at risk of potentially fatal infections after the chemical used to preserve donor organs was contaminated with bacteria.
The bacillus cereus bacterium has been discovered in the liquid used to transport organs from donors to patients.

However, the British government insists the risks are minimal and so far there is no evidence anyone has come to harm as a result of the contamination.

The manufacturer has recalled the solution and is urging hospitals to use alternatives to ensure patients are not put in danger.

But the government has said it has no choice but to continue using the contaminated solution as there are no others currently available.

It claims that, unless it takes the risk, patients will die waiting for much-needed donor organ transplants.

Chief Medical Officer Professor Dame Sally Davies said: ‘Our priority is to ensure patients are safe. There is currently no evidence of any problems in patients who have recently had transplants where Viaspan has been used.

‘If we were to recall the product immediately it is clear that patients would suffer and some may die. We are now working urgently to source alternative products.’

“The manufacturer has advised that where necessary, Viaspan can continue to be used until Transplant Teams have stocks of alternative products and patients can be prescribed an antibiotic known to be effective against the contaminant as a precaution.”

She continued: “We are now working urgently to source alternative products.”
The government said it has found three potential alternatives Celsior, HTK and Soltran and is trying to buy in additional stock to avoid using Viaspan.

The Department of Health said alternative solutions are available to use for kidney transplants, is Soltran known as Marshall’s Solution, which is available in the UK.

The other two solutions are Celsior and HTK which have been identified to maintain the viability of pancreatic, liver and bowel transplants. 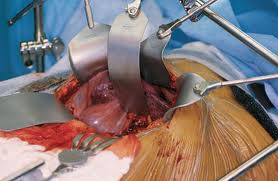 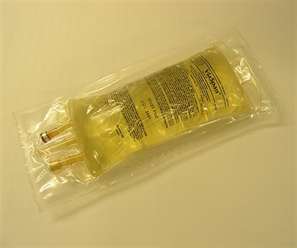