Rampant poaching has dwindled the abalone population in South Africa’s coastal waters where the mollusks have also been over harvested, forcing buyers to look elsewhere.

A massive haul of the gourmet mollusk abalone that was illegally harvested in South Africa has returned to the country after it was seized in Hong Kong.

The 2.6 tons of abalone will be auctioned, with the proceeds going to a fund aimed at protecting South Africa’s marine resources, said Lionel Adendorf, a spokesman for the country’s fisheries department.

“It is the first time that South Africa has worked with a foreign country to have illegally poached, harvested and processed abalone returned to South Africa,” Adendorf said on Tuesday, as the crates of dried abalone were offloaded from a truck at a fisheries department warehouse in Cape Town.

Abalone is a high priced delicacy in Asia particularly China where poachers in South Africa are enticed to ply the illegal trade to feed the demand.

The mollusks cling to rocks in fairly shallow waters just off the coast, making them a relatively easy target for divers who pry them loose with knives.

Between 2007 and 2009, South African officials confiscated 107 tonnes of abalone, according to the latest available government data. But this was believed to be only a fraction of the abalone illicitly harvested. 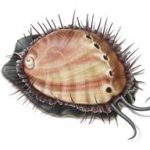 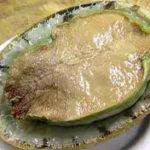