People of working age who live alone increase their risk of depression by up to 80 percent compared with people living in families, says a Finnish study.

The study tracked the use of anti-depressants in 3,500 Finnish people. The study authors highlight the fact that the proportion of one-person households in Western countries has increased during the past three decades, with one in every three people in the US and the UK living alone.

It says the main factors are poor housing conditions for women and a lack of social support for men, who are both equally affected.

They were surveyed in 2000 and asked whether they lived alone or with other people.

Other information about their lifestyle was gathered, such as social support, work climate, education, income, employment status and housing conditions, in addition to details on smoking habits, alcohol use and activity levels.

Researchers found that people living alone bought 80 percent more anti-depressants during the follow-up period, between 2000 and 2008, than those who did not live alone.

“Loneliness and isolation results in people having fewer outlets to talk about how they are feeling, which is something that we know can really help to manage and recover from a mental health problem,” according to Beth Murphy, head of information at mental health charity Mind.

“It is therefore essential that people who live alone are given the most appropriate treatment such as talking therapies, which provide safe, supportive environments to discuss and work through problems, rather than simply being left to rely solely on antidepressants,” she said.

Researchers said that living with other people could offer emotional support and feelings of social integration, as well as other factors that protect against mental health problems.

Living alone, the study said, could be linked with feelings of isolation and a lack of social integration and trust, which are risk factors for mental health.

Dr. Laura Pulkki-Raback, who led the research at the Finnish Institute of Occupational Health, said the real risk of mental health problems in people living alone could be much higher.

The study said all the factors involved needed to be addressed in order to understand and reduce depression in working-age people.

Beth Murphy, said the rise in the number of people living alone had had a clear impact on the nation’s mental health. 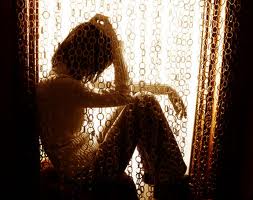