Former world no. 1 Tiger Woods fired a one-under 71 in the third round and leads Graeme McDowell of Northern Ireland by one with a round to go in the Arnold Palmer Invitational at Bay Hill.

Woods, trying for his first PGA Tour victory since September 2009, was four clear with five holes of his third round to go but the six-time winner of the title, then followed a bogey on the next with an out-of-bounds double bogey.

Woods blame his faltering to some noise from the crowd for a horrible hook that finished closer to someone’s swimming pool than the fairway and the resultant double bogey six brought his lead over McDowell down to just one.

He was in another bunker off the tee at the long 16th, but found the green from there.

Up ahead McDowell, after a run of 12 successive pars, made a six-footer for birdie to level, but it was only for a moment as Woods two-putted to regain outright top spot.

Both were round in a one under par 71, putting Woods 11 under and McDowell 10 under – two ahead of Ian Poulter and Ernie Els.

Northern Ireland’s McDowell is alone in second, but failed to produce any of the magic of Friday’s second-round 63.

Justin Rose, winner of the Cadillac Championship two weeks ago, fell back from fifth to 14th with a 74 and defending champion Martin Laird had the same score to slide from 12th to 25th. 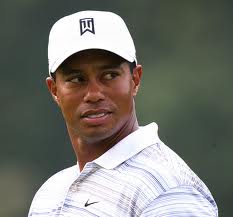