The famed pianist Roger Willams, 86, is currently fighting cancer in the pancreas.

The entertainer is popularly known as the ‘Pianist to the Presidents’ because he has rendered presidential performances.

He is also been known for his instrumental rendition of ‘Autumn Leaves’ and ‘Born Free’.

According to an email he had to his friends, he already started chemotherapy. Doctors, however, told him told him that the tumor cannot be removed because of its size.

It needs chemotherapy for some time to reduce the tumor into an operable size before the doctor will remove it.

Moreover, Williams says that he is not canceling any of his upcoming concerts. His concert performance at Del Webb’s Sun City retirement resort in Palm desert was sensational according to his personal assistant. 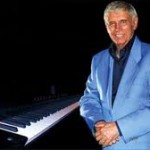