A joint study from the University of Colorado (CU) and the Harvard University have found that people residing at higher altitudes have a lower risk of heart ailment particularly ischemic heart disease and have the opportunity to live longer than others.

The study was also published in the Journal of Epidemiology and Community Health.

For four years researchers spent analyzing death certificates from every county in the United States. They examined the cause-of-death, its socio- economic factors and other issues in their research.

They found that of the top 20 counties with the highest life expectancy, eleven for men and five for women were located in Colorado and Utah.

“Lower oxygen levels turn on certain genes and we think those genes may change the way heart muscles function. They may also produce new blood vessels that create new highways for blood flow into the heart,” explained Benjamin Honigman, professor of Emergency Medicine at the University of Colorado School of Medicine (CUSM) and director of the Altitude Medicine Clinic.

Another explanation, he said, could be that increased solar radiation at altitude helps the body better synthesize vitamin D which has also been shown to have beneficial effects on the heart and some kinds of cancer.

The study showed that when solar radiation socio- economic factors,, smoking and pulmonary disease were taken into account, the net effect of altitude on overall life expectancy was negligible. 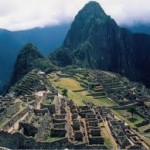