Pippa Middleton, not to be outdone by her sister, the Duchess Of Cambridge is doing her own by helping Dame Kelly Holmes’s charity work.

The charity work’s objective is to raise the profile which mentors disadvantage young people.

“Pippa is going to be doing something for my own charity leading up to the Games,” says Dame Kelly, who will serve as an Olympic ambassador alongside the Duchess and the Duke of Cambridge. “I’m not really supposed to talk about it yet, so I can’t tell you any more.”

Speaking at the launch of the Forces Charity Challenge, the double Olympic gold medalist discloses that Pippa will be helping to raise the profile of the Dame Kelly Holmes Legacy Trust, which mentors disadvantaged young people, in the run-up to the London 2012 games.

Pippa Middleton has offered her support to the Dame Kelly Holmes Legacy trust where she is now a patron. 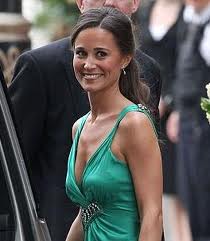