An international conference agreed that Africa’s rainforests’ surviving tree species had endured a number of climatic catastrophes over the past four centuries.

According to conference organizer Yadvinder Malhi, professor of ecosystems at the University of Oxford, ‘African forests have gone through a number of catastrophes in the past’

“They are already much lower in diversity, and have lost species that would have been potentially vulnerable. But the species that remain are relatively adaptable, have broad ranges and have adapted to quite rapid changes in rainfall.

“So, overall, the remaining system, although it may be poorer to some extent, may be much more resilient to the pressures from climate change in this century.”

The three-day conference, entitled Climate Change, Deforestation and the Future of African Rainforests, focused on the tropical forests of West Africa, which helped highlight a key issue.

“One thing that really came out was how little we know about African climate compared to other regions of the world,” Prof. Malhi observed.

Aside the issues surrounding climate data, the conference also heard about research projects assessing characteristics of the region’s tropical forests.

According to Prof. Mark New from the University of Cape Town, ‘One of the critical points about what controls the climate and variability, especially in the Congo, is basically zero.’

‘This makes it very difficult to make any strong predictions of what the future might be.’

“One of the big findings has been that African forests have more biomass, and have much bigger trees, in comparison with the forests in the Amazon,” said Simon Lewis from the University of Leeds, UK.

Although there was a smaller diversity of tree species in Africa, the second largest area of rainforest in the world compared with the Amazon, it did not mean the forests were not important biodiversity hotspots.

‘We must not just consider the trees, because in terms of mammal diversity, it is extremely high,’ Dr Lewis said.

‘In terms of its animal diversity there are species of monkeys, pigmy hippos and forest giraffes, it really is a remarkable place. And the majestic stature of the trees, it is again remarkable.’

Prof. Malhi explained that the results of the conference would soon be outlined in briefs and drafts for policymakers summarizing ‘some of the key points of what we know and what we need to know’. 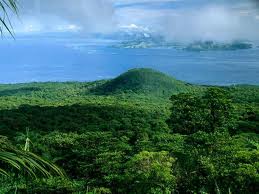 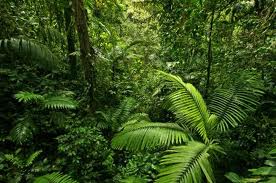