Pippa Middleton is one of the most eligible women and has reportedly split from longtime flame Alex Loudon.

Duchess Catherine’s younger sister and her boyfriend had been arguing a lot and the 31-year-old former England cricketer could no longer cope with the ‘circus’ that accompanies his girlfriend everywhere she goes.

While the couple reportedly broke up over the summer and later reconciled, “This time it’s over.”

The 27-year-old brunette also has been spotted at a train station last weekend with George Percy, an old roommate from her college days.

The Duchess of Cambridge’s sister was due to attend the Square Mile Masked Ball this month but recently pulled out, is clearly keeping a low profile.

Friends said that she has been told to stay out of the spotlight following her break-up from Alex Loudon.

If Pippa did attend, it is likely her presence would generate world media attention.
The party, taking place on November 25th at the Royal Courts of Justice, is a charity event in aid of the the Mayor’s Fund for London. 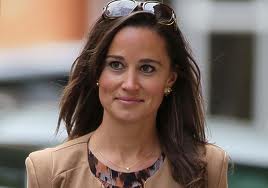