The behavioral effects of prescription drugs medications vary widely on the persons taking it. Some can dull alertness, slow reflexes and reaction time, others can encourage risk taking and hurt the ability to judge distances and it can impair decision making, researchers say.

The police has also to struggle with the challenge of preventing someone who was taking valid prescriptions. Setting the limits for prescription medications is complicated partly because the chemistry of drugs makes their effects more difficult to predict than alcohol’s. Some drugs can linger in the body for days or weeks.

Officials say the problem is growing so quickly that states are training hundreds of police officers to spot signs of drug impairment and clamoring for better technology to detect it. If not check drugs can prove lethal on the road.

Out of the 5,900 drivers screened around the US in 2007 by the National Highway Traffic Safety Administration 16.30 percent positive for legal or illegal drugs.

In Wisconsin, a former physician was sentenced to 30 years in prison after he slammed his utility vehicle on a Honda Accord in April 2008, killing the pregnant driver and her ten year old daughter.

The physician had a high levels of prescriptive drugs like the sleep aid Ambien in his system, as well as Xanax, an anti anxiety drug, and oxycodone, an opiate pain killer.

Defendants can try to prove that they did not realize their medication would affect their driving prosecutors said but that argument may not hold if the bottle had a warning label.

“You can be deadly behind the wheel with prescription drugs as you can with the over the limit alcohol and you are responsible for your own actions,” said R. Gil Kerlikowske, President Obama’s top drug policy adviser. 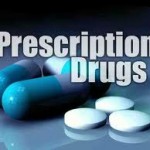