There are 3 types (A, B and C) of the influenza virus that can cause flu. Each has subtypical strain. H1N1 is a strain of the type A virus. H1N1 is what epidemiologists call a “triple reassortment” virus because it combines genes from different flu viruses, viral strains that normally affect pigs (swine flu), along with birds (avian flu) and human flu strains.

Each year, domestic outbreaks of flu can practically occur on all countries during specific seasons. The seasonal influenza outbreaks in any given year are usually caused by only one strain of the virus, but because the numerous strain of the flu virus undergo frequent mutation, the strain that causes outbreaks changes from year to year.

Occasionally, one strain of the flu virus mutates in such a way that is able to spread rapidly all over the world. When this happens the strain causes a pandemic, and this is what H1N1 has done last year.

Flu pandemics occur three to four times each century. In the last century they occurred in 1918-19, 1957-58 and 1968-69. The strain that caused the 1918 pandemic, which is also known as the Spanish flu pandemic was a particularly virulent one.

It killed between 20 to 100 million people. The current H1N1 strain of the flu virus first surfaced in Mexico in April of last year. It spread so fast that the WHO already declared a pandemic just two months later.

Declaration of a pandemic depends on the geographic spread of the circulating influenza strain not its severity. As it turns out, the H1N1 virus is not as virulent as was initially feared.

The resulting morbidity and mortality figures from the pandemic it caused are not very high. To date, confirmed deaths worldwide from H1N1 flu total 18,450, a figure that is much lower than that caused by the other seasonal influenza viruses, which is estimated to be at 500,000 per annum.

Presently, the H1N1 virus will be simply one of the numerous strains of the influenza virus that can potentially give rise to seasonal outbreaks. The best way to prevent flu is by active immunization or vaccination against the disease.

However, the vaccine has limitation. It is only 65-80 percent and 30 to 40 percent effective in young adults and elderly respectively. It has to be administered every year, also the composition of the vaccine has to be changed annually because the prevalent strains of the virus varies from year to year and also it is not technically possible to incorporate all the strains of the virus in one vaccine.

The US Center for Disease Control has recommended that all persons above six months old of age be immunized with flu vaccine. 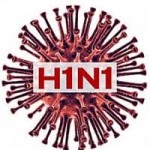