President Barack Obama is asking the U.S.Congress to give him greater power to merge agencies and promising he would start by collapsing six major economic departments into one.

Obama said it was time for an “effective, lean government.” “With this authority, we would help businesses grow, save businesses time and save taxpayer dollars,” he added.

Obama has an imperative to deliver. He made the promise to come up with a smart reorganization of the government in his last State of the Union speech last January.

With November’s general election on the horizon, it is not clear whether congressional Republicans will grant Mr Obama’s request for such reorganizational powers.

The proposal is seen as an attempt to counter Republican criticisms that Mr Obama is a big-government liberal.

He told business leaders that he wants to close the US commerce department and merge six agencies.

The president said his proposal followed discussions with business and agency leaders over many months.

The six agencies that would be consolidated are the Department of Commerce, the Small Business Administration, the Office of the US Trade Representative, the Export-Import Bank, the Overseas Private Investment Corporation, and the Trade and Development Agency. 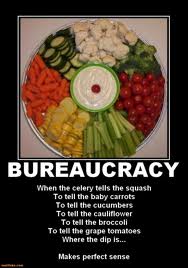