Prince Charles, the Prince of Wales, 62, became the heir to the British throne when his mother, Elizabeth became Queen after her father’s death on February 6, 1952.

Prince Charles has now been the heir apparent for the same amount of time as his ancestor as he was three years old when he became the heir.

He was born when his mother was already on the throne and he became King when she passed away in 1901 after waiting 59 years, two months and 14 days.

Prince Charles is the father of Prince William who will be getting married to Kate Middleton on April 29. 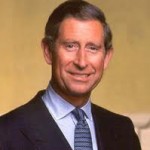