Prince Harry took part in a fun run while wearing a mask of his brother Prince William given to him by a fellow runner which drew cheers and laughter from the crowds, manifesting their approval and amusement.

The bachelor prince started the morning with a charity fun run, taking part in a Sport Relief mile with groups of local families and children, together with several Olympic and Paralympic athletes, the supermodel Lily Cole and the chef Marcus Wareing.

It was the latest in a string of light-hearted moments that have typified the Prince’s Diamond Jubilee tour.

Dressed in black striped tracksuit bottoms, a polo shirt and sunglasses, he showed yet another flash of the cheeky sense of humor that has become the trademark of his first solo overseas tour.

His visit strengthened the ties and passion that Brazil and Britain share the sports in common by exploring the links between London 2012 and Rio 2016.

It was also a chance by the Prince as part of his royal duty to roll in the sand with short-clad female beach volleyball players and indulge in his passion for rugby being the patron of the sport.

While in Brazil, the Prince faced a packed schedule during his tour and after the run, it was time to hit the beach to give some local children some rugby lessons.

Following the rugby, the beach action continued with the Prince taking part in a volleyball match.

Jeremy Hunt, the Secretary of State for Culture, Media, the Olympics and Sport, who has joined Prince Harry for part of his tour of Brazil, spoke of the Prince’s ‘electrifying’ impact as an international ambassador for the UK.

Prince Harry is due to end his tour of Brazil on Sunday and has spoken of the charity’s work as a way of following in his mother’s footsteps and ‘keeping her legacy alive’. 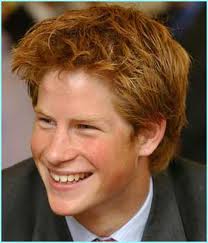