They are to move into the west London palace in mid- to late-2013, their St James’s Palace office said.

The couple move into Apartment 1A, the former home of the late princess Margaret, Queen Elizabeth II’s sister. They will not be able to make the move for two years due to structural repairs needed.

The move represents a return for William, 29, to his childhood home, the palace was the main residence of the second in line to the throne and his brother Prince Harry, 27, until 1998.

William and Catherine, also 29, are mainly based on the island of Anglesey in northwest Wales, where the prince is a Royal Air Force search and rescue helicopter pilot.

When in London, they already live within the Kensington Palace complex, at the small Nottingham Cottage. Harry will take over the cottage when the royal couple move into the palace proper.

The trio’s offices will also move with them from their current location at St James’s Palace. The queen and William’s father Prince Charles have approved the moves.

William and Catherine will have plenty of royal company nearby, as three of the queen’s cousins, all grandsons of King George V, live at the palace. 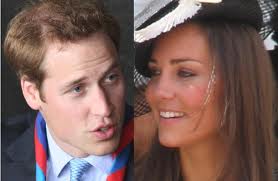