Scientists have developed a vaccine that could end the need for annual winter flu injections.

The newly developed vaccine would need only to be given once and has been found to be effective against a number of different types of influenza virus, including the deadly avian flu and pandemic swine flu strains.

The new universal flu vaccine, offers life long protection against all strains of the flu virus.

Elderly people and pregnant women are the most vulnerable group to the flu virus which it said are highly changeable. The group are given vaccinations each year to be sure that they are protected.

The new vaccine known as as Flu-v have shown that it can significantly reduce infection and also cut the severity of symptoms.

It was done in a small scale clinical trials in which the result will be presented at an international conference by SEEK, the London-based drug development company behind the vaccine.

“In the 2009 swine flu pandemic it was several months before a vaccine was available. A universal vaccine could end that wait and also reduce the need for people to have vaccines each year against seasonal flu.”

Vaccinations work by training the immune system to recognize viruses and mount a defence against them, but the flu virus constantly changes its outer ‘coat’, meaning it can evade detection.

With the new universal vaccine, however, scientists were able to identify a crucial part deep inside the influenza virus that does not change and is found in all strains.

By training the body’s immune system to recognize this part, infections from any strain of flu virus can be detected and combated by the immune system.

The phase 2 of the Flu-v vaccine clinical trial results would be presented to experts at the Influenza Congress in Washington DC.

They would reveal that healthy volunteers given Flu-v showed less symptoms and had less virus in their blood streams when exposed to a mild strain of flu than those who had not been vaccinated.

Blood tests from the vaccinated volunteers also showed that their immune systems were active against a number of different types of flu, including bird flu and swine flu.

Gregory Stoloff, chief executive office of SEEK, said: “Our aim is for the flu vaccine to become more like the mumps and measles vaccine, where you only need it once and you get protection for a long time.” 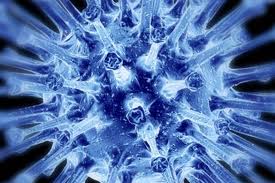